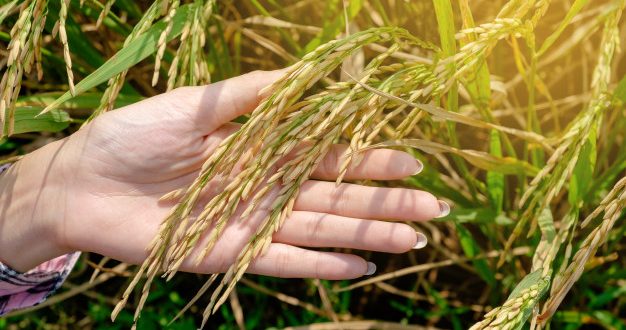 Chandigarh (Raftaar News Bureau) : On the recommendations of Punjab Agricultural University, the state Agriculture Department has advised the farmers to go for cultivation of PR-128 & PR-129 varieties of non-Basmati (Parmal) for its unique features of early maturity, being less water intensive and for better paddy straw management without resorting to burning.

Disclosing this here today Financial Commissioner (Development) Viswajeet Khanna said that both these new varieties have already got approval from representatives of the milling industry, a vital pre-requisite for release of a rice variety to the farmers of the state. He also said that milling trials were extensively conducted in 2019 and 2020.

ACS further revealed that both these latest varieties are expected to replace long duration, higher water requiring varieties of rice cultivated by some farmers in districts of  Bathinda, Mansa,  Sangrur, Barnala, Moga, and Ludhiana.  Several adaptive trials have been conducted in these districts and have indicated very good prospects.

Khanna also mentioned that these advanced varieties meet the total rice recovery (out-turn ratio) of raw rice fixed at 67% under the ‘Custom Milling Policy’ fixed by Govt. of India and have acceptable levels comparable to other varieties for various quality parameters.

Considering the overall worth of these varieties, ACS  said that it would be in the larger interests of the growers to add PR 128 and PR 129 to their repertoire  of Parmal rice varieties. Khanna hoped that both these non-Basmati varieties would be instrumental in saving water, the precious natural resource besides propelling farm diversification to lessen the impact of climate volatility and new pest/disease threats.

Sharing the inputs given by PAU on the early maturation of these new varieties, the ACS informed that both PR 128 AND PR 129 varieties mature in 111 and 108 days respectively after transplanting (as compared to 130 days taken by Pusa 44) and thus  have lower water requirement and are expected to fit in better with stipulated transplanting date of 10/20 June with an adequate window of time for managing the paddy straw without burning. He also said that the cultivation of these new varieties would also help the state to save substantial extra burden incurred on farm related power subsidy.

It may be recalled that realising the concerns of farmers with regard to labour shortage amid Covid-19, the Chief Minister Capt. Amarinder Singh has already advanced the dates of the paddy nursery sowing and paddy transplantation by 10 days, the operations of paddy nursing sowing have already begun from May 10 and paddy transplantation would commence on June 10, 2020.

ACS further stated that PR 128 and PR 129 underwent field and laboratory tests  from 2016 to 2019. Over these four years, 17 research trials were meticulously conducted at Ludhiana, Patiala, Kapurthala and Gurdaspur.   In 2019, 223 farmers’ field trials (adaptive trials) were conducted in all districts of Punjab by the Department of Agriculture and Directorate of Extension Education of the University, added Khanna.