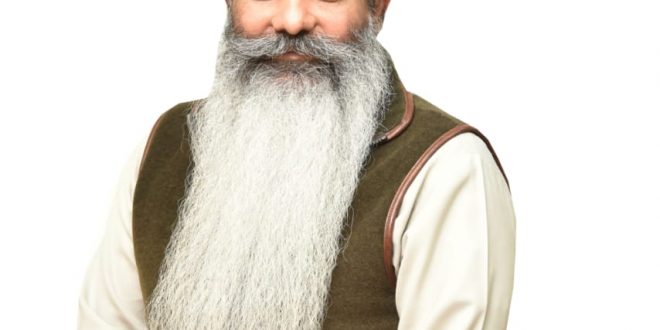 Chairing a preliminary meeting of all stakeholders involved in paddy industry here at Anaaj Bhawan, Sector 39, Chandigarh this afternoon, Ashu said new varieties have been introduced after adopting the due process of trial and analysis.

Responding to a suggestion, the Minister disclosed it has been decided that the seed issued by PAU would be used by the farmers this year and the seed sold by private dealers would be used from next year only. To ensure good quality of seed of new varieties, it was also decided that seed of new varieties will be produced by only PAU and ICAR in the first year of its release, and the private dealers will be allowed thereafter. The decision has been taken to ensure against any instance of duplicity of seed varieties being sold in the market, the Minister added. Any attempt at selling spurious seeds shall be dealt with a heavy hand, said Director Agriculture, Punjab, teams for which have already been constituted.

During the meeting, Vice Chancellor of Punjab Agriculture University, Ludhiana and the research team of PAU made a brief presentation before the Minister. Both varieties are distinct from PAU 201 variety of paddy, which was introduced in 2009, they added. Actual trial of milling was carried out on the spot on a miniature milling apparatus for both varieties with both the yield and specifications of both varieties found as per the norms laid by Government of India for acceptance of rice, a spokesperson of Food Department later said. All the stake holders present in the meeting expressed satisfaction regarding the results of trial milling.

The General Manager, FCI, Punjab Region also stated that FCI would accept rice in the Central Pool, provided all the specifications as laid down by Government of India are duly met. Prominent amongst those present during the meeting included Principal Secretary, Food Civil Supplies and Consumer Affairs Department, Punjab, Vice Chancellor, Punjab Agriculture University, Ludhiana, General Manager, FCI, Punjab Region, Director, Food Civil Supplies and Consumer Affairs Department, Punjab, Director, Agriculture Department, Punjab and the representatives of Rice Miller Associations. It may be recalled Food and Supplies Minister had asked all stakeholders of the industry to be engaged in the process to elicit their views and suggestions.