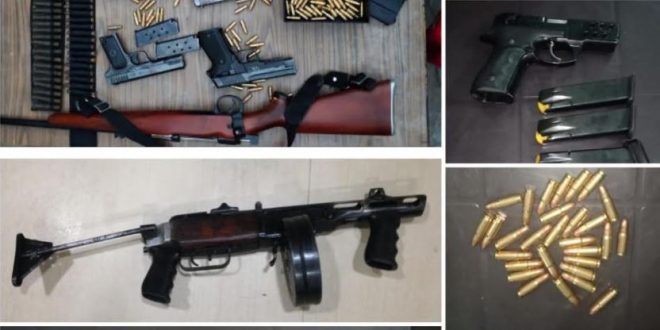 Another notorious gangster Sukhjinder and five other members of the Billa gang, have also been arrested, alongwith a large consignment of highly sophisticated weapons smuggled in from Pakistan, as well as drug money, reportedly smuggled from across border at different times through several modes, including drones.

All the arrested accused have been kept separately as they are being tested for COVID-19 by a special team of doctors.

Terming it as one of the biggest caches of highly sophisticated weapons from a criminal gang, Gupta said the Sig Suaer Pistols are in fact being used by members of US Secret Service, which protects the highest elected leaders of the United States, especially the President of the United States.

The DGP said that  preliminary investigations carried out so far, most of the weapons recovered from Billa Mandiala are learnt also came across the Indo-Pak border in different consignments. Police is also investigating the role of militants in the supply chain of illegal weapons. Further, the spokesperson disclosed that Toyota Fortuner, Etios Lava and Alto cars were also seized from the criminals, along with some fake documents.

The police has also learnt that a part of consignment, consisting of AK-74rifles, which was pushed into the Mamdot area of Ferozepur sector from across the border on September 24, 2019 by STF Punjab, was also meant for the Billa Mandiala criminal gang.

Giving details of the arrests, the DGP said Gurmeet Chohan, AIG OCCU, had received reliable inputs that the most wanted gangster ‘Billa Mandiala’, alongwith his associates, was taking shelter in Kapurthala area, with a large consignment of illegal arms, which were to be used in the commission of different types of terror and criminal acts. DSP OCCU Bikram Brar was immediately tasked on the mission, with the support of AIG Counter Intelligence Jalandhar, Harkamalpreet Singh Khakh and SSP Kapurthala Satinder Singh.

Police teams laid siege around the Dadwindi and Mothanwala area of Sultanpur Lodhi Police station and made the arrests. A case has been registered against all the six under Sections 384,465,467,468,471,473, 489 IPC, 13, 18 UAPA, 25 Arms Act at Police Station Sultanpur Lodhi Kapurthala.

During preliminary investigations, Baljinder Singh Billa Mandiala has revealed that he was in contact with various Pakistan-based weapons and drugs smugglers, including Mirza and Ahmdeen, and had already received many consignments of weapons and drugs from them, mostely in the Ferozepur area.

Mirza was allegedly working as courier on Indo-Pak border for operatives of Khalistan Libration Force based in Pakistan and India in the recent past, and had successfully pushed many weapon consignments into the Indian territory. Billa Mandiala also revealed that he was in close contact with gangster Gurpreet Singh Sekhon, who is currently lodged in Patiala Jail, and is suspected to be in touch with Germany and Pakistan based militant outfits. Gurpreet Sekhon is a ‘A’ category gangster who had earlier been in touch with KLF chief Harminder Singh Mintu, who died a few years ago. 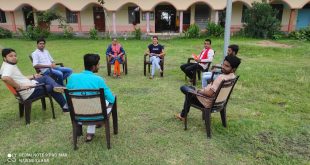