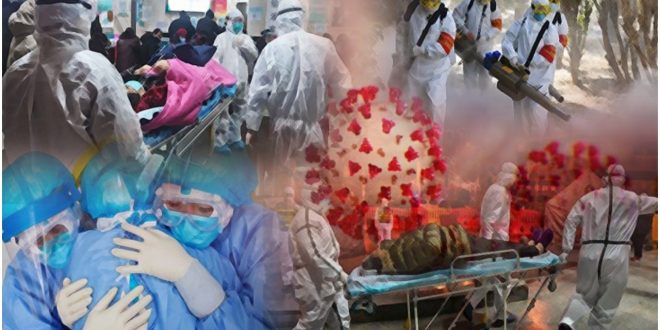 Jalandhar, May 2 (Paramjit) – The district administration has made elaborate arrangements for the comfortable and safe stay of 241 persons, who had came back from various other states and have been quarantined in the School for Meritorious children here at Kapurthala road.

These 241 persons included 148 pilgrims from Sri Hazur Sahib, seven students from Kota, 28 labourers from Jaisalmer and 58 others. On the directions of the Deputy Commissioner Jalandhar Mr. Varinder Kumar a high powered committee headed by Additional Deputy Commissioner Mr. Jasbir Singh with Assistant Commissioner Mr. Hardeep Singh and District Education Officer Mr. Harinder Pal Singh as its members to ensure foolproof logistics for the boarding and lodging of these persons quarantined in the School for Meritorious Children. Every person, coming from other state, to this quarantine centre was provided a welcome kit having tooth brush, tooth paste, bathing soap, washing soap, sanitizer, mask, towel, bucket, mug and other things.

This along with clean bed sheets, pillows and others were also provided to the persons coming to this quarantine centre. The pillow covers and bed sheets were changed after every consecutive day to maintain the hygiene. Special thrust was being laid on the cleanliness of the campus with sanitary workers deployed round the clock to ensure the cleanliness. Another salient feature was deployment of the permanent medical team in the campus to tackle any sort of urgency. Likewise, the teams of the Doctors have also conducted the SWAB test of these people who had came to Jalandhar from various states. The district administration has also evolved a foolproof mechanism for the ensuring supply of food in the campus.

Cooked langar from Gurudwara Shaheed Baba Nihal Singh Talhan was being served in the campus, for which the entire expenses were being borne by the district administration from funds by the state government, in the morning, afternoon and night by observing social distancing. Besides it milk, tea and biscuits were also served to them in the morning and evening. Likewise, fresh fruit was also being given to the persons quarantined in the centre for their well being.