Chandigarh, May 2 (Raftaar News Bureau)  : The Health and Family Welfare Department, Punjab has issued fresh advisory on maintaining hygiene and sanitization by the plying goods vehicles and their drivers/workers during the COVID-19 pandemic. Disclosing this official spokesperson of the Punjab Government said that the Government has already imposed severe restrictions on free movement of people and vehicles in the larger public interest of controlling the spread/transmission of Coronavirus through the imposition of Curfew in its all 22 districts. The Government has, however, allowed essential activities, including plying of goods vehicles, to continue during this lockdown/curfew with an objective to minimize the hardships. He said that the transporters are advised to meticulously comply with the guidelines given in the advisory to minimise the risk of transmission of COVID-19.

The spokesperson said that the General Guidelines incorporated in the new advisory say that the transporter and his workers should always bear in mind that the appropriate social distancing and not the time is the key factor during the pandemic in determining his income. He said that the plying of a truck and other goods/ carrier vehicles is allowed with two drivers and one helper subject to the driver carrying a valid driving license. An empty truck/ vehicle are also allowed to ply after the delivery of goods or for pick up of goods. The driver and his helper are advised not to indulge in any handshakes or hug to greet/see-off each other. Likewise the transporter/driver and his helper should wear cloth mask at all times immediately from leaving the house till the entry back into the house. The mask shall be worn throughout the journey. The masks shall be worn in a manner that it snuggly covers the nose as well as the mouth. The cloth mask should be washed with soap and water daily after use. The truck operator bodies/association etc. are advised to install the foot-operated Hand-washing Stations at the parking stations of the trucks/goods carriers. However, a minimum distance of 1 meter shall be maintained while washing the hands/waiting for their turns by marking the circles at a distance of 1 meter from each other.

It has been advised to wash the hands with soap for at least 40 seconds by applying the soap gently on the palm and back of the hand including web spaces between the fingers and space between the finger and the thumb and the wrist wherever and whenever the opportunity to wash the hands is available. However, a two-hourly hand wash is recommended. As per the advisory the hands should preferably be washed in the manner prescribed above by the drivers/helpers before they board the truck/goods carrier for their journey. Alcohol-based sanitizer (minimum 70% ethyl alcohol v/v) can be mounted or kept inside the truck/goods carrier to sanitize the hands. The sanitizers are to be refilled/ replaced frequently. Use a minimum of 3ml of the sanitizer (approximately 2 pushes of sanitizer dispenser) on DRY HANDS for at least 30 seconds for good hygienic hand disinfection.

The spokesperson said that for the disinfection of the vehicle the advisory says that Indoor areas including the inside of the vehicle, seats, gears etc. should be cleaned before the vehicle is occupied. Prior to cleaning, the helper should wear disposable rubber boots, gloves (heavy duty), and a cloth mask. The vehicle should be cleaned on daily basis with soap/detergent and water before entering the same.  High contact surfaces such as door handles, steering wheel, window knobs, gears, and other buttons should be cleaned twice daily by mopping with a linen/absorbable cloth soaked in 1% sodium hypochlorite. Carefully clean the equipment used in cleaning at the end of the cleaning process.[1] Protective gear used during sanitation process should be discarded as per the requirements. A driver/helper suffering from high fever/cough/sneezing/difficulty in breathing should voluntarily report the same to his employer, if so as well as seek immediate medical advice for timely detection and treatment. The driver/helper should not indulge in gossip/rumours with regard to COVID-19 without verifying the facts. The employer may encourage them to download “COVA APP” developed by the Government of Punjab for the correct, timely and authentic information.

The Specific Guidelines included in the advisory says that one should Take proper diet and sleep.Avoid all types of addictions/drinking. The driver/helper should avoid eating inside the vehicle. The utensils to be used for should be properly cleaned with dish wash bars /liquids and water. The utensils should not be shared with anyone.  The driver/helper should always keep an alcohol-based sanitizer inside the vehicle and frequently use the same during the journey. The driver/helper should immediately before/after loading/unloading of the vehicle wash their hands with soap and water in the manner prescribed. The driver/helper should ensure that the labour do not clutter/ stand closely while loading/unloading the vehicle. The minimum number of labour as may be required to load/unload be pressed into the service during the exercise. The driver should ensure a minimum distance of 1 metre amongst himself and his helper while driving the goods vehicle. The transporter and the workers, for this purpose may sit on the front and the back seats. The transporter should avoid the unnecessary halts and contacts during the journey. The transporter while transacting a paper/cash should immediately sanitize his hands before as well as after any such transactions. He should also encourage the other person to sanitize his/her hands before and after the transaction.

In case a co-worker is diagnosed as COVID-19 with whom one had a contact during the journey/waiting time etc, there shall not be panic. One should report to the Helpline No. 104/State Control Room No. 01722920074/08872090029, detailing the exact nature of exposure so as to assist the medical facility to undertake further necessary actions. The employer in case a worker is diagnosed as corona positive and such a worker has attended the shift shall immediately inform the Helpline No. 104/State Control Room No. 01722920074/+91-8872090029 along with all the facts about the worker and the contacts he might have during the shift. The employer shall therefore maintain a complete and proper record of all workers on any particular day. In the end the advisory encouraged all citizen to take proper diet, assimilate correct information and keep themselves updated with the information at all times, and indulge in useful and productive activities during the available free time. 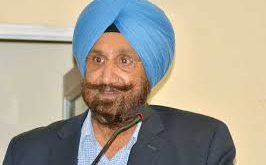 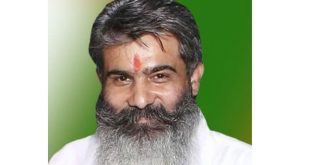 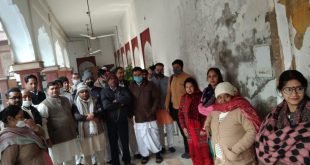